An Associate Institute of Guru Nanak Dev University (GNDU), Amritsar   GGNIVS: 20 Glorious Years of Self Less Services to the Society 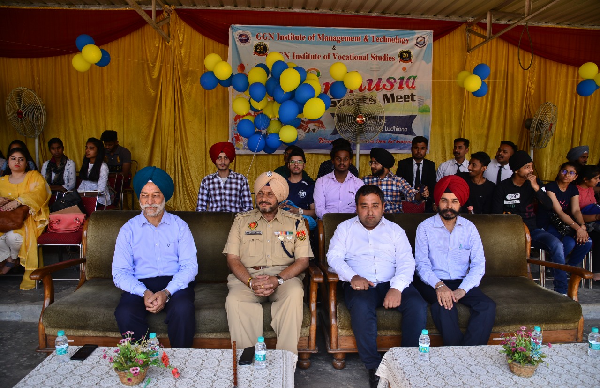 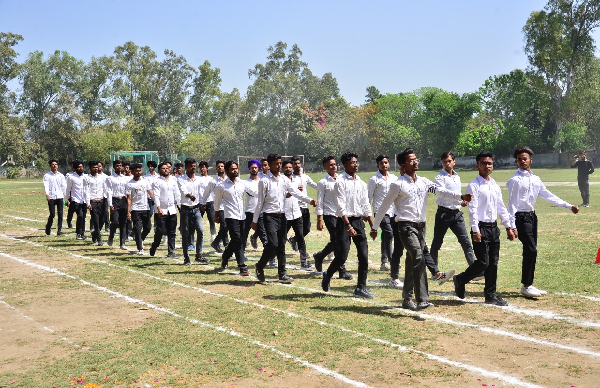 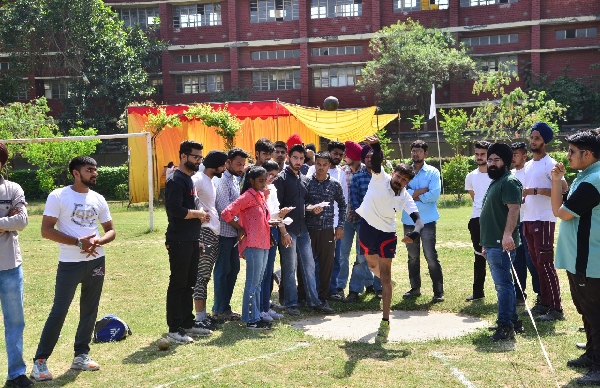 The Chief Guest, JCP Ravcharan Singh Brar, emphasized that Sports played an essential role in the overall growth and development of a student. Annual sports day according to him was a red letter day in each student’s life as it offered an opportunity to showcase their talent amongst their very own. While Academics helped the students gain knowledge and develop their professional skills, Sports enhanced a students’ fitness, also develop the skill set of competitiveness, team work and a never say die attitude. He also advised the students to consider the Police as its trusted friend, and they should collaborate and cooperate with the Police force in building a law abiding society. More than 130 students participated in the March Past organized to honour the Chief Guest. Post the March Past JCP declared the Sports Meet Open. Contingent of GGNIVS was adjudged as the Best Team of the March Past.
Prof. Manjit Singh Chhabra, Director GGNIMT and GGNIVS, asserted that Enthusia is a platform to imbibe among its’ students the skill to aggressively compete, yet also develop an attitude to accept both victory and defeat with humility and grace. He appreciated the students for their overwhelming response to the event. He also thanked the college staff for the meticulous planning and execution of Enthusia-2022. More than 400 students participated in the different Sports events like Badminton, Chess, Tug-of-War, Shot Put, Long jump, and different races. While Aaskirat Singh of BBA 4th bagged the first position in Men’s Badminton, the first position for Women’s Badminton went to Tanu of B.Com 2nd Semester. In Chess, Yashik Jain of BCA 6 was the undisputed winner. For Shot Put(Boys)the Winner was Shekhar Singh of BBA6th Semester first position for Shot put(Girls) was bagged by Kiranjot of BHMCT 6th sem. Saravjot Singh of B.Com 6 was declared as the Best Male Athlete of Enthusia 22, while the Best Female Athlete Title was bagged by Tanu of B.Com 2. GGNIMT team won the Tug of War competition. .
For GGNIVS More than 150 students participated in different Sports events like badminton, chess, tug-of-war, shot put, long jump, and different races. While Ankit of BBA6th bagged the first position in Men’s Badminton, the first position for Women’s Badminton went to Simran of BCA 4th Semester. In Chess, Rishi Dhir of B.Sc 6th sem.was the undisputed winner. For Shot Put, the Winner was Karan Kumar Pathak of Bcom 6th,of Semester. Karan Kumar Pathak was also judged as the Best Male Athlete-GGNIVS of Enthusia 22 Prizes to the Winners were given by Dr. Arvinder Singh Bhalla, Principal GGN Khalsa College and S.Gurpreet Singh Narula, Secretary GKEC. Dr. Bhalla advised the students to accept their victory with humility and their defeat as an opportunity for introspection. What matters most, is your decision to participate and with patience and perseverance, achievements would follow, he added. Dr. Parvinder Singh, Principal, GGNIMT emphasized that sports help develop the character and personality of a person. Apart from boosting self-confidence and bringing discipline, sports also plays a significant role in enriching the social life of an individual, he added. He also appreciated the faculty and staff for their untiring efforts in making Enthusia 22 a success.